Do you want to learn Ukrainian? 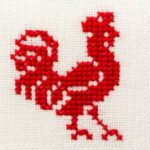 Ukrainian is one of the most beautiful languages in the world. Thus, its increasing popularity is not surprising. Not only descendants of Ukrainians who emigrated at the beginning of the last century want to study Ukrainian, but also residents of neighbouring countries want to read the works of Ukrainian classics, to enjoy folk songs of the Ukrainian people, to admire the best humoresques in the world in the original.

Materials for those who teach and learn Ukrainian

Are you a teacher of Ukrainan? Do you learn Ukrainian for your work or for fun? Here there are a lot of interesting and useful materials, which will help you.

Questions in Ukrainian on various topics

Questions in Ukrainian about more than 200 various topics, which can be used to make up dialogues in class or in an individual lesson.

It is no secret at all that it is always more difficult to ask than to answer. This section represents questions on almost every topic in German. They can be used to make up a dialogue in the classroom, which is an important element in preparing for exams of all levels, as well as the development of conversational practice. 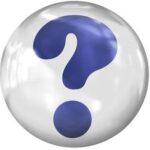 Video lessons of Ukrainian for beginners whose native language is English. It is based on the recognized and very effective method created by Michael Thomas.

I am also the author of several books. Among them is a textbook of the Ukrainian language for beginners:

And of course you can contact me if you need help from an experienced teacher. Here you can find my contacts and the prices of the lessons.